The gambling policy in Australia has been the responsibility of the States rather than the Commonwealth. The State and territory governments regulate and provides betting services and rely on the ensuing revenue. Online gambling has now changed the game. With casinos, bookmakers, online casinos, and sports betting sites, it can be challenging to keep up with what is on the approved list or not.

Even though online casino sites are technically off-limits for Aussies, there is lots of internet-based casino gaming happening in Oz. The gambling laws apply to the providers instead of players.

Most online gambling providers are licensed in the Northern Territory, and it is one of the lengthy approval processes.

There are plenty of obstacles to jump for potential providers, though it is beneficial for AU players. They have confidence in risking their money, knowing they are using carefully vetted gambling sites in Australia.

The Northern Territory typically investigates the following when issuing licenses.

The Australian Communications and Media Authority manages the online gambling complaints. A few actions can be taken towards a ceasebased on the reports, starting with a written warning, and leading to considerable fines.

1956 – After the release of the Clubman, slots were approved in New South Wales for pubs and clubs.

1996 – Interactive sports betting gets legalized in the Northern Territory

Is gambling tax-free in Australia?

Apart from making real money doing something they enjoy, expert gamblers are lucky as their winnings are tax-free in Australia.

Is gambling a crime in Australia?

There is no single central statute regulating gambling activities in Australia. Instead, gambling in Australia is regulated at both the State/Territory and Federal level.

When was gambling made legal in Australia?

The first legal casino was launched in Hobart in 1973. Three others followed in Launceston, Alice Springs, and Darwin between 1979 and 1982.

Is gambling at home illegal in Australia?

Private and social gaming, such as playing blackjack or poker at home with friends, is lawful in the ACT. While wagers can be made on these private games, there are restrictions to ensure that commercial gaming is not operated under the guise of “private” gaming.

Who regulates gambling in Australia?

The ACT Racing and Gambling Commission is an independent statutory authority responsible for controlling and regulating all gambling, racing, and betting activities in the ACT to ensure they are conducted with honesty, integrity and free from criminal influence.

What constitutes gambling in Australia?

In common terms, for an activity to be classified as gambling in Australia, it must involve betting of money or valuable consideration of real-world value on the outcome of an event determined. 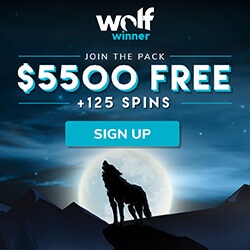 Queen of The Nile Slot